Why Sending Grand Opening Flowers in Singapore is Important? 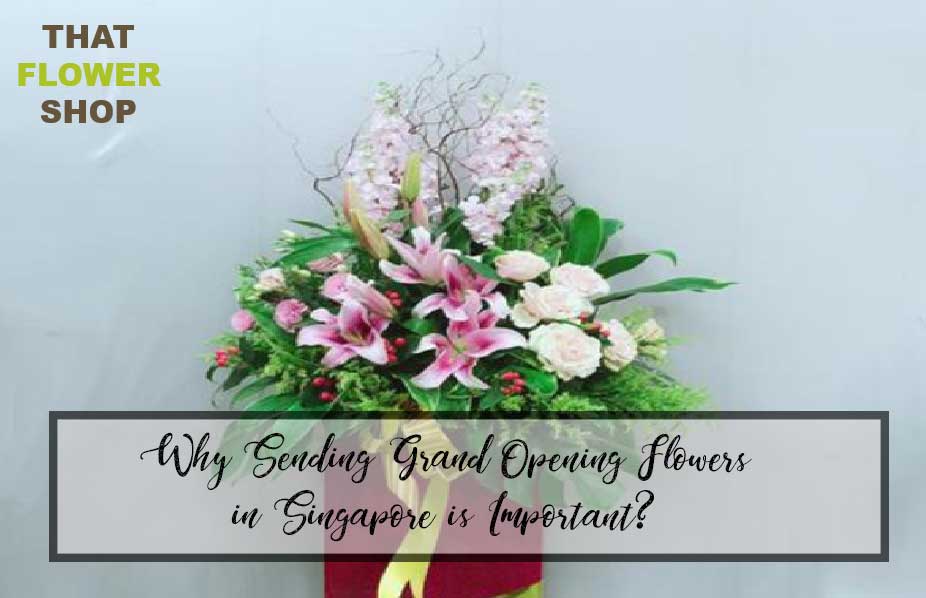 Singapore is one of the most well-known countries that deal with flowers. It is home to some of the most skilled florists in the world. Not only that, but they are also known for their business and hospitality. The people there are aware and take pride in their respect for flowers, beauty, business and camaraderie. That is why people normally send grand opening flowers to new businesses to wish them luck and congratulations. Which is why if you know someone or if a friend had just recently opened his or her own business, nothing can say congratulations than a grand opening flower arrangement.

If you are not knowledgeable of flowers and which ones to choose to send as a grand opening present, do not worry so much as you can just easily ask a Singapore florist to help you. They are very used to creating pieces based on what you are looking for or what is best for the particular business that has opened. There are actually many reasons why sending grand opening flowers in Singapore is important. Read on to find out more about it.

I. Reasons why it is Important to Send Grand Opening Flowers

a. Flowers give the warmest greetings 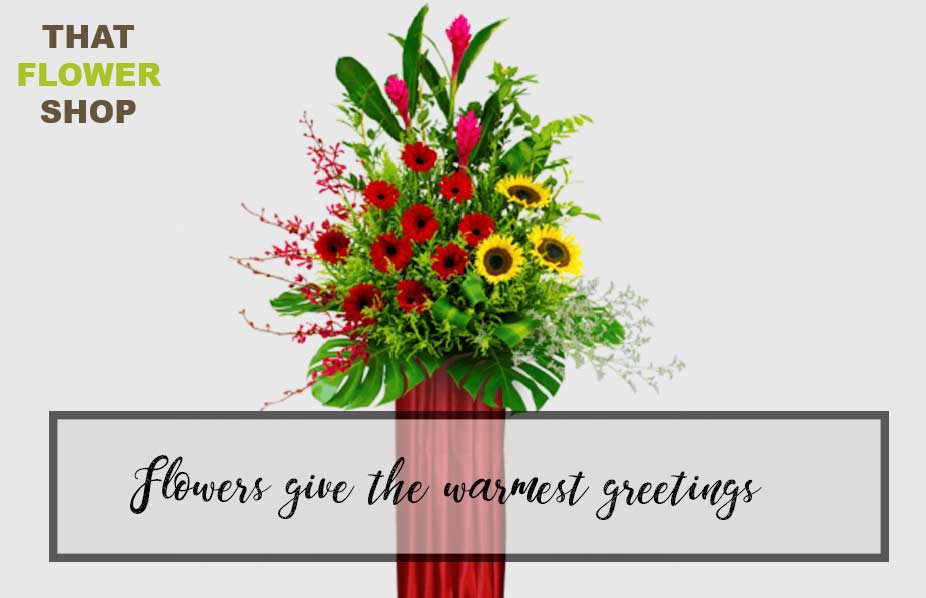 – Everyone knows that receiving flowers can give the warmest of feelings. This is because flowers are known to be sweet and beautiful. They give out a positive type of energy that makes people happy in a way. Maybe it is because of the beauty of nature in general and seeing this reminds that person the kind of beauty available in the world. Giving flowers is known to be a very thoughtful gesture, no matter the occasion. Not only that but it also creates a beautiful environment with its vibrant hues.

– Flowers are known to be a great gift in conveying emotions and warm positivity, which is why they are normally sent and given during important and special occasions. Like graduations, weddings, anniversaries and the like. It has become something or somewhat natural to give flowers to someone who you want to support, comfort or make them feel special.

b. Creates a positive environment and connections

– Aside from the fact that having such a beautiful thing in your grand opening, flowers can bring people and businesses together. It is always a wonderful thing when local businesses support each other, so if you have a friend who is also in a business of his or her own, having them send you flowers would definitely boost not only your personal relationship but also you professional one. You can seek out the help of florists to create a special and unique flower to congratulate someone you know who has just recently opened a business. 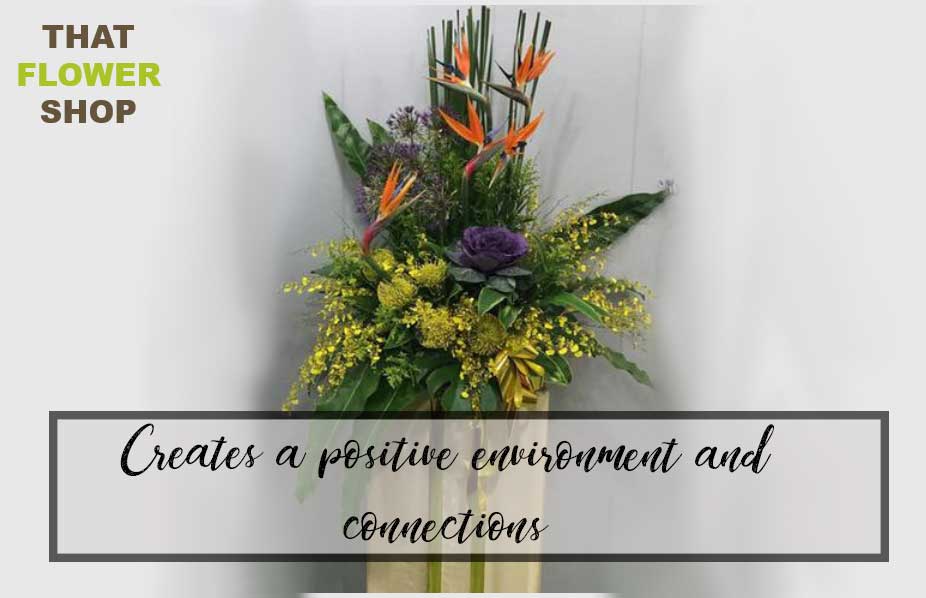 – A lot of people would be attracted to business with a lot of grand opening flowers from different people and companies. This is because it would somehow be proof that the owner of such a place is well thought of and trusted. This also makes the store attractive to a someone who has happened to pass by the grand opening.

c. It is a great way to show support

– This is the best way to show your support to the owner. It could be someone you are close with, a friend or a relative or someone you are acquainted with and you want to cheer them on with their new venture. A little gesture such as this can go a long way and the positive effects would be worth it. This is also a good way to tell someone that you believe in them and their business. Someone who had taken risks and sacrifices to open a business would be happy to receive a flower arrangement that says good luck and that someone believes in them.

d. Not that expensive

– Another positive thing about sending flowers to someone during the grand opening their business is that it costs less than buying anything else. It is also very straightforward and sends a direct message unlike other gifts that you may have to think really hard on. Stick to flowers and create a unique flower arrangement if you would like to add a little bit of sentimental value in what you send to your friend or relative. 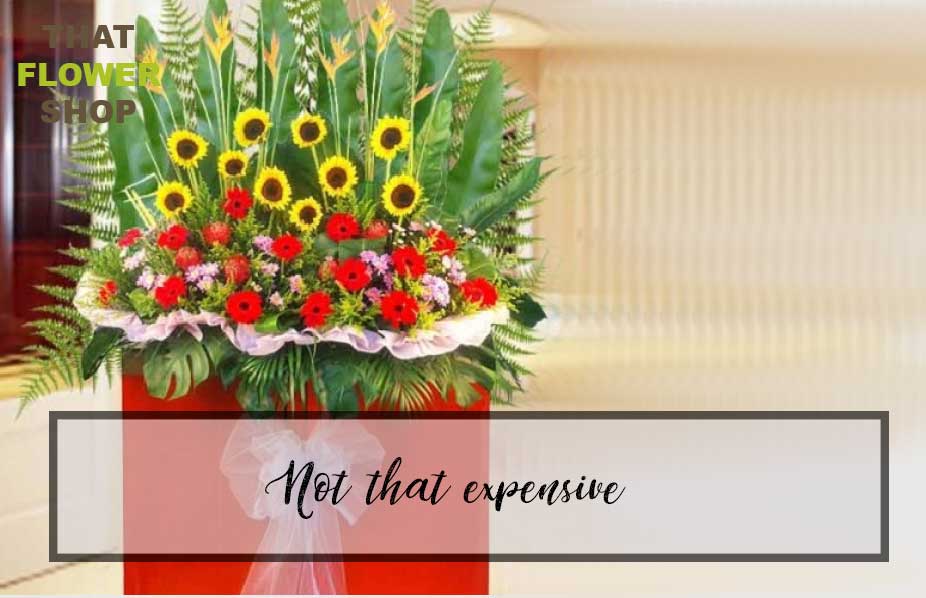 Reaching out to your loved ones and close friends during a great time in their life is a good thing. A lot of people need support, especially when it comes to a new business as there is no telling if it is going to blossom or not. Opening a business is a risky venture but with support, opening a business may not need to be so scary. Even if the odds are against you because seeing flowers during the grand opening from your friends and love done who support you would be enough for you to keep going.

The positivity of sending grand opening flowers in Singapore is not only on a personal level. This is because seeing flowers by someone’s business would also attract potential customers. If you are walking down the street and you happen to pass by a by a store that seems to have a lot of flowers by their entrance, you would normally be curious and notice it. There you would find out that such a business has opened. This is just one of the beauties of having grand opening flowers by your business.