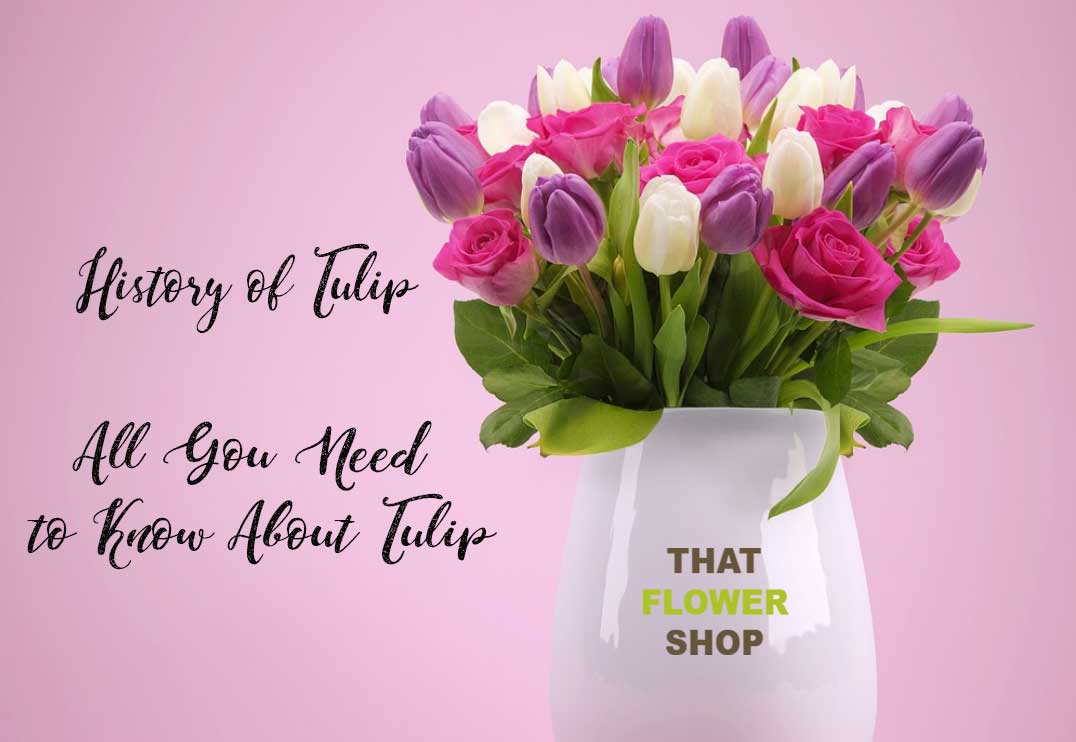 Ever wondered why tulip is so popular amongst many people? The reason is not only tulips are beautiful, but also it is how people of Holland kept it famous throughout the test of time. Visiting the Netherlands include taking your trips to one of their tulip museums, festivals, gardens, and fields. That is how they celebrate a tulip’s beauty and this has been known to many people around the world.

Learn the facts about this quintessential spring flower. An additional takeaway as you start ordering flower delivery of tulips from flower shops on your wedding or any other occasions you have set in mind.

Every color of the tulip represents different meanings. The vibrant colors of these tulips have meanings which could be love, royalty, forgiveness or your way of brightening someone else’s day. Some people choose to get red-colored tulips to express one’s true love to another, or white colored tulips to ask forgiveness. A hand bouquet of different colors of vibrant tulips changes anybody’s mood. Tulips are lovely for any flower bouquet. In addition, the tulip is recognized as the flower that raises Parkinson’s disease awareness through its foundation and charity works.

Be it an exaggeration or a myth, but it happened once in Holland, where each tulip bulb costed a value equivalent to a townhouse. Or 10 times the income of an average working-class man enough to house, clothe and feed a Dutch family. People literally got crazy back in 1600 in their trade on tulips. Tulips are also infamous as a result of that horrible Holland past event.

The symmetry of these tulips is close to perfect. The colors are so defined and vivid, and the shapes are like intentionally formed in a specific shape. Observe one at home and appreciate the amazing symmetrical features of a tulip.

Tulips are not poisonous and are treated as food during World War II. People used it as an ingredient in making bread or replaced onions with it. There are wines made of tulips found in the Netherlands as well.

Despite the Tulip Mania that crushed and crippled the economy of Holland, tulips exports and trade remained the largest source of Holland’s income and they are tagged as the largest tulip exporter worldwide. They export nearly a quarter of 10 billion bulbs every year.

Its shape gave its name, a Persian word known as ‘delband’ which means turban.

Tulip Mania is the infamous event in the history of Holland, which changed the lives of many Dutch forever. During the 17th century, tulips are sold at an incredibly high price that it became the business of everybody where when it fell down resulted in a crash of its economy

Besides the different varieties of tulips, there is one that is popular for its unique color. The Queen of the Night tulip, interesting for its dark color that is sometimes mistaken as black, but is actually just a deep purple colored tulip.

How to take care of a Tulip

Grow tulips at home is not as difficult as think it is. All you need to do is keep in mind the timing, as well as the care tips to healthily grow a tulip.

To start, before the ground freezes in autumn, growers start planting tulips in their fields. This is to get great and amazing blooms during spring. Growers prefer to plant tulips in areas where it gets most of the sun. The soil must also be drained well to avoid excessive moisture, which prevents the tulip to fully grow and bloom. Another important tip is to create a bulb-planting chart in growing tulips. This is to help you determine when it is best to plant tulips. The season matters and is important to get the right timing to bloom tulips.

In planting tulips, a grower must measure the base of the bulb that it should not exceed eight inches deep. This would mean that a bigger bulb requires deeper digging. Water them directly after planting, do not water them during the rainy season. Never let it soak in wet soils as it kills the tulips. Remember to keep your garden free from pests and bugs, tulips cannot afford any of it anytime. Make sure to put some deterrents preventing infestations of any pest or bug. And one more, when leaves emerge, feed them some fertilizers to encourage full bloom and growth.

Tulips are not originally from the Netherlands but instead of the mountains in central Asia. It was because of Carolus Clusius why these tulips reached Europe. It was part of his medical research where he brought some of these plants to study. His continued research caught his interest to study more about tulips and later on cultivated one back in his own garden. This became popular in time, which was later sold in the market, and eventually became part of Holland’s trade up to the present.